When your home has been damaged and your insurance company has not paid you as much as you expected, or denied your claim altogether, one option that may be presented to you is to have your damages appraised, which can help avoid litigation.

There are two appraisers, one selected by your insurance company and one hired by you, who then appraise the damages and discuss what they believe to be the total value of the loss. If the two appraisers cannot agree, a third party called an UMPIRE, is brought in to help settle the matter.

Once your damage has been appraised, it is a legally binding settlement, so you cannot attempt to litigate your claim in court, unless there are items that were specifically left unappraised OR you have evidence that the appraisal process was flawed, which is not an easy thing to do.

The biggest benefit of having an appraisal done when you are in dispute with your insurance company is that it is settled much quicker than a lawsuit that can drag out for years. The average appraisal takes between 60 and 120 days, from start to finish, whereas a lawsuit can be dragged out for months or years before it is finally settled. That means you get the settlement money in a matter of weeks, and then the claim is settled, and you can rebuild and move on. If you choose to go forward with an appraisal, you will need to notify your insurance company in writing.

Once the matter has been agreed upon by the appraisers, there is no further litigation available for the claim, even if it is a much smaller sum than you think it should be, no matter how unjust the ruling feels, the claim is closed. However, if the matter of your appraisal was litigated or mediated by the courts, you may be able to reject the offer that comes from the appraisal or negotiate further with your insurance company.

If you do not need to resolve your situation quickly, you may want to consider fighting the ruling in court, so you can get what they owe you eventually.

Since Hurricane Irma in 2017, many insurance companies in Florida began sending more and more of their disputed claims to appraisal to attempt to expedite the process and decrease the lawsuits they have to face. This is because a lawsuit can take years to settle, whereas an appraisal can settle the matter in a few weeks.

There was a huge spike in lawsuits against Citizens Property Insurance Corp, an insurance company run by the state of Florida, in 2017 and 2018 following Hurricane Irma, so they began using appraisals to attempt to slow that down. There were 10,644 appraisals used by Citizens between December 2017 and July 2018.

Other insurance companies in Florida have also said they have been using appraisals more often since Hurricane Irma. 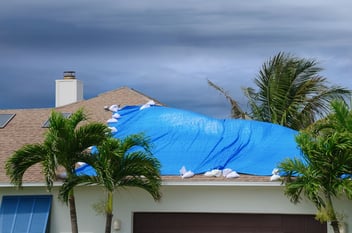 What to do After a Hurricane Damages your Home

Hurricane Irma Tips from our Public Adjusters in Miami 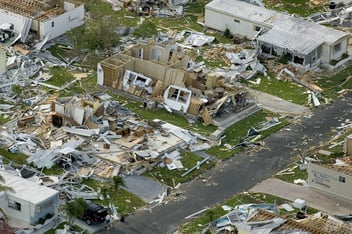 How to File an Insurance Claim for Hurricane Damage