The Insured Customer is Still the Customer After the Loss

An insurance customer who has a loss is often treated as a threat by the insurance company. Claims managers and managers of claims managers are often to blame for creating a claims culture in which their customers are treated as common criminals because the claims department wants to minimize benefits paid rather than fully indemnify its customers in accordance with policy terms. This unethical claims culture is alive and well in some insurance companies as exemplified in my post from last week, State Farm Guilty of Defamation.

I have been thinking about this over the past five days while travelling to each of our offices in New Jersey, Phoenix, and Los Angeles. In New Jersey, the insurance industry is guilty of rampant claim delay. Even if claims are eventually fully paid, it is taking far too long for the insurer’s customers to get paid. Often, they are also getting paid far too little. In Phoenix, I met with different clients who told me of claim denials and intimidation tactics intended to prevent them from hiring public adjusters or their own construction consultants. In Los Angeles, Ken Kan recently settled cases and accepted new cases where insurers are denying cases and insinuating their customers are committing fraud. There is no evidence of fraud, only suspicious minds. Nearly twenty years ago, Tom Baker wrote a law review article, Constructing the Insurance Relationship: Sales Stories, Claims Stories, and Insurance Contract Damages,1 describing this culture and differing views of the insurance customer: Insurance companies tell two different sets of stories about insuranceand two distinct points in the insurance relationship. When marketing their services, insurance companies tell what I will call “sales stories.” This first set of stories, drawn from insurance advertising, responds to the fears of dependency that are epitomized by King Lear. When handling claims, insurance companies tell a second set of stories, which I will call “claims stories.” This second set of stories, drawn from fieldwork with adjusters and from insurance adjustment trade literature, stresses the need to protect the insurance fund from overreaching, as dramatized (perhaps overdramatized) by King Richard III. These two sets of stories evoke quite different visions of the insurance relationship. The continuing trouble of the courts in defining the obligations of the insurance relationship stems in part from this duality, which is also apparent in judicial opinions.9 In the abstract at least, both visions are equally “right” (and just as equally “wrong”). Yet, the choice of lens can determine whether the insured
in a particular case is seen as poor King Lear or wicked King Richard. Insurance customers need insurance commissioners to stop this culture. Policyholders need to understand many claims adjusters are not looking for legitimate ways to explain and prove all benefits are owed. Stronger consumer protection is needed so those insurers will not profit from wrongful claims cultures at the expense of their customers and gain a competitive advantage over ethical insurance claim organizations. After all, only crooks are afraid of laws that enforce ethical obligations.  Until then, customers should be warned that some carriers consider them problems, not customers, after a loss occurs because many officers of insurance companies know it is far more profitable to promise good faith treatment at the time premiums are paid and not to fulfill that promise after a loss. This is the reason an unethical claims culture exists. I have never seen a claims manager get a “gold star” for maximizing a claims payment. 1 72 Tex. L. Rev.1395, 1397-98 (1994).

If you are looking for a Fort Lauderdale insurance adjuster, please give us a call.

Thanks to property insurance coverage law for the great article.

The Problems with the Right to Repair Insurance Clause 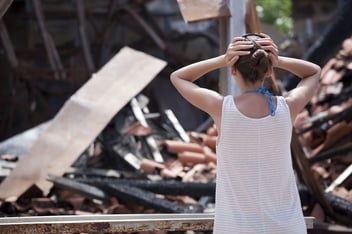 Where Can I Find a Florida Public Adjuster I Can Trust?